2018 Kickstart: Reservations about resolutions, and “The One Thing” 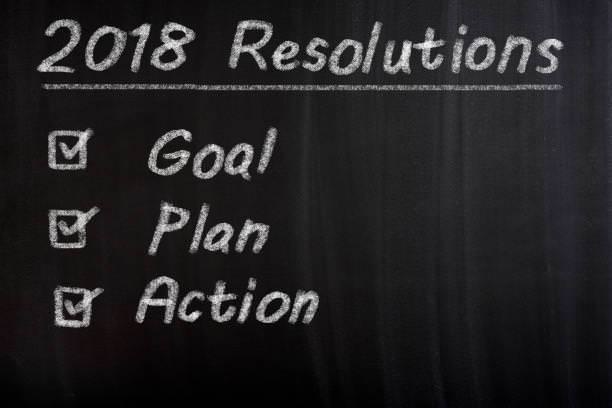 I have mixed feelings about New Year’s resolutions. On one hand they are cliché, and we shouldn’t need an arbitrary calendar date to make positive changes. On the other hand, making change is hard! It takes courage and consistent effort to escape the rut of old habits. It takes momentum to break out of the orbits of our comfort zone. So as tired as New Year’s resolutions are, and even though they are rarely maintained, if making such a resolution provides the catalyst you need to finally make that positive change, then more power to you. Better to try and fail then never try at all.

Last year I read a book called “The One Thing: The Surprisingly Simple Truth Behind Extraordinary Results,” by Gary W. Keller and Jay Papasan. It’s a worthwhile read, but I’ll summarize one of my key take-aways as this: The results of our efforts in life come from our habitual behaviors, so the key is to create in ourselves the habits that produce extraordinary results. Now there’s much more to the book, so read it yourself, but in the spirit of New Years we’ll just talk about the habit part.

Gary and Jay talk about how it takes, on average, 66 days of repeating a behavior to make it a habit. To maintain  that behavior takes a quantum of discipline, but we only have a finite amount of discipline available. The trick is to make the desired behavior a true habit, because once a behavior is a habit, it takes very little discipline to maintain. I love that idea. Since we have limited discipline, they suggest working on only one habit at a time. I did that, and it went ok, but I’m still not satisfied. The habits I want to develop, while simple, allow me to make huge positive steps in all areas of my life, so I want them all, right now. I’ll tell you what they are. And I’m doing them all, every day, I don’t care what Gary and Jay said, because I’m fifty-one years old and I don’t have a lot of time to waste. They are;

10 minutes of exercise every day

10 minutes of meditation every day

Less than one hour of television every day

They are so simple they sound stupid, right?! Well, in the past I’ve had great success with each of these habits, so I don’t care how stupid they are, they work for me. If I can start 10 minutes of anything I usually turns into more. I’ve never admitted publicly that I am easily hypnotized by TV, so less than an hour is great for me and frees up a LARGE amount of time for me to do other things that drive my progress (sleeping, writing, studying, family, exercise, meditation etc.). The eating thing makes my nutrition plan much easier to carry out every day, and helps me be a fat-burner.

So despite the New Year’s resolution naysayers, I sat down on January 1st and made a spreadsheet to track each of my habits, every day. And because I’m a little hard-headed, I made it for 99 days instead of 66 because I want them to stick.

What habits do, or would, make big differences in your life?

By the way, January 2018 is huge for Prevail Physical Therapy, check out this blog post.